How Lab-Grown Meat is Made

Lab-grown meat has been growing in popularity over the past few years. Due to climate change, ethical concerns and personal reasons, around 375 million people in the world are vegetarians. Despite this boggling fact, some companies are still doubting whether to make an investment or a transition to cultured meat because of fear of difficulty or because the trend will soon disappear.

But, that’s not the case at all: The Food and Agriculture Organization of the United Nations (FAO) estimates that the demand for meat is going to increase by more than two-thirds in the next 40 years and current production methods are not sustainable. Although significantly more expensive to create than plant-based meat, lab-grown meat promises to be a good alternative. It is because of this that we’ll explain how cultured meat is made, and why it’s a good idea to make the jump.

The process described above is mainly used for beef, but more research into lab-grown chicken and duck is being done. This process isn’t only for meat consumption; scientists all over the world have been experimenting with stem cells to create leather, eggs and milk.

Although some people see a health hazard with cultured meat, it actually presents many upsides. Most characteristics of the meat can be controlled, like cholesterol and fat, creating a healthier patty. Vitamins and minerals can also be added in order to make a nutritious and fortified product. On the environmental side, the same thing can be said: cultured meat uses 45% less energy, 99% less land and has a 96% lower greenhouse gas emission that conventional beef. 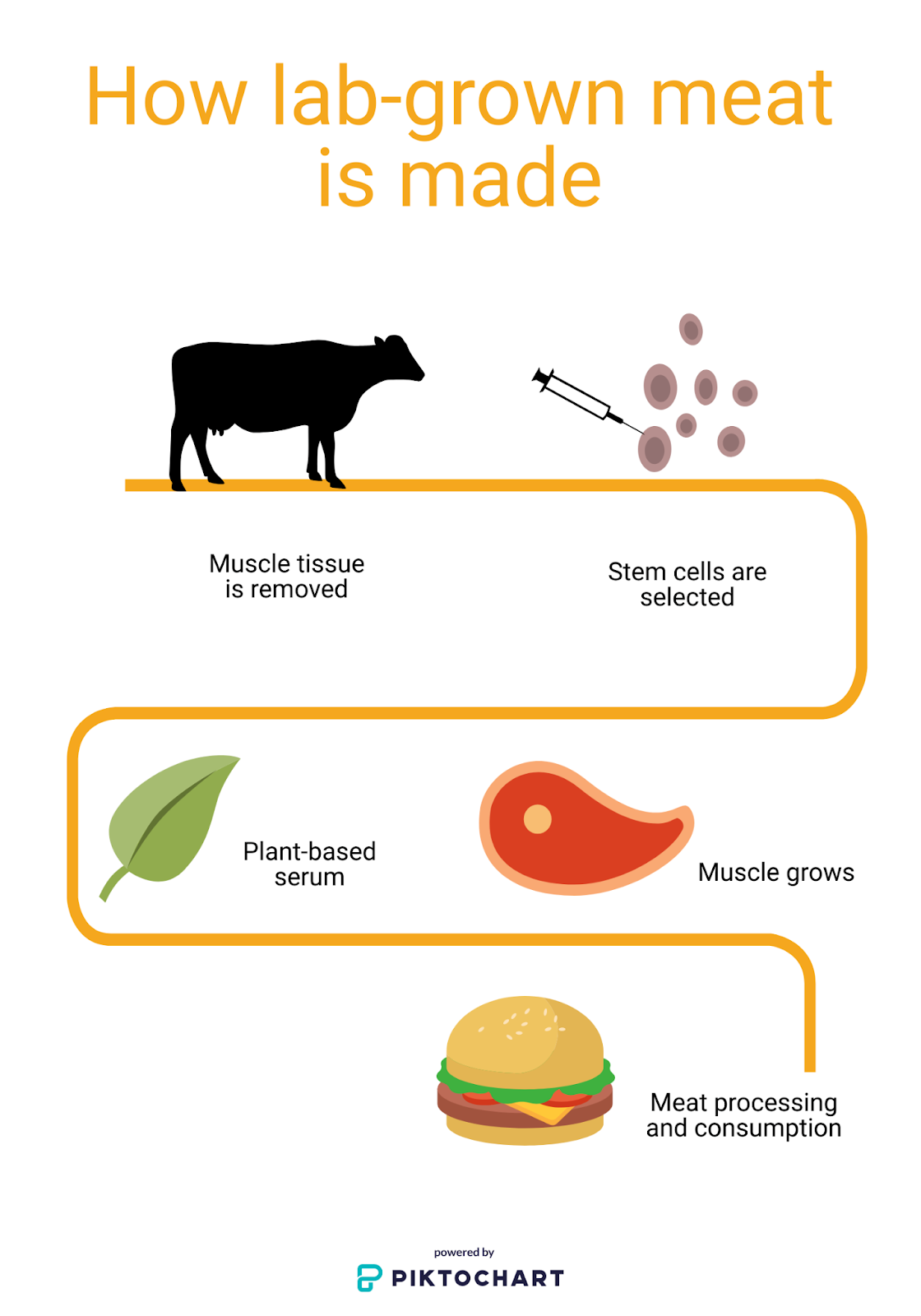 Wind Energy’s Dirty Secret May Have A Solution